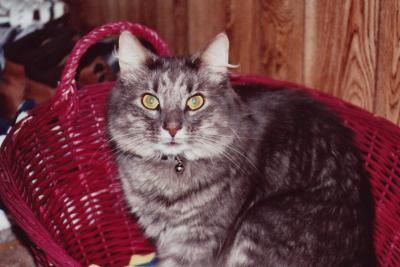 My cat does handstands

I was watching my 3 yr old cat, Oliver, contort himself as he tried to reach something that was under the entertainment center. He stuck his paw behind the entertainment center and reached as far as he could for whatever it was he was trying to get. As I watched, he scooted his hind legs up and stretched his paw further. He was stretched out along the wall. His legs went up over his head and my cat did a handstand/headstand! it only lasted a second. He fell over behind the entertainment center, slid out and again stretched a paw out to reach that object. His legs went up and his head went down – another handstand! He fell over again and gave up trying to reach the object. Where is the camera when I need it?

Comments for Oliver Cat Does Headstands!

Head standing cat by: Bobby Gibson It would have been nice to have a picture of this.

Amazing contortionist! by: Jean Hi Laura, I loved your story of Oliver’s pursuit. He is quite an acrobat! I’m sure he keeps you on your toes.